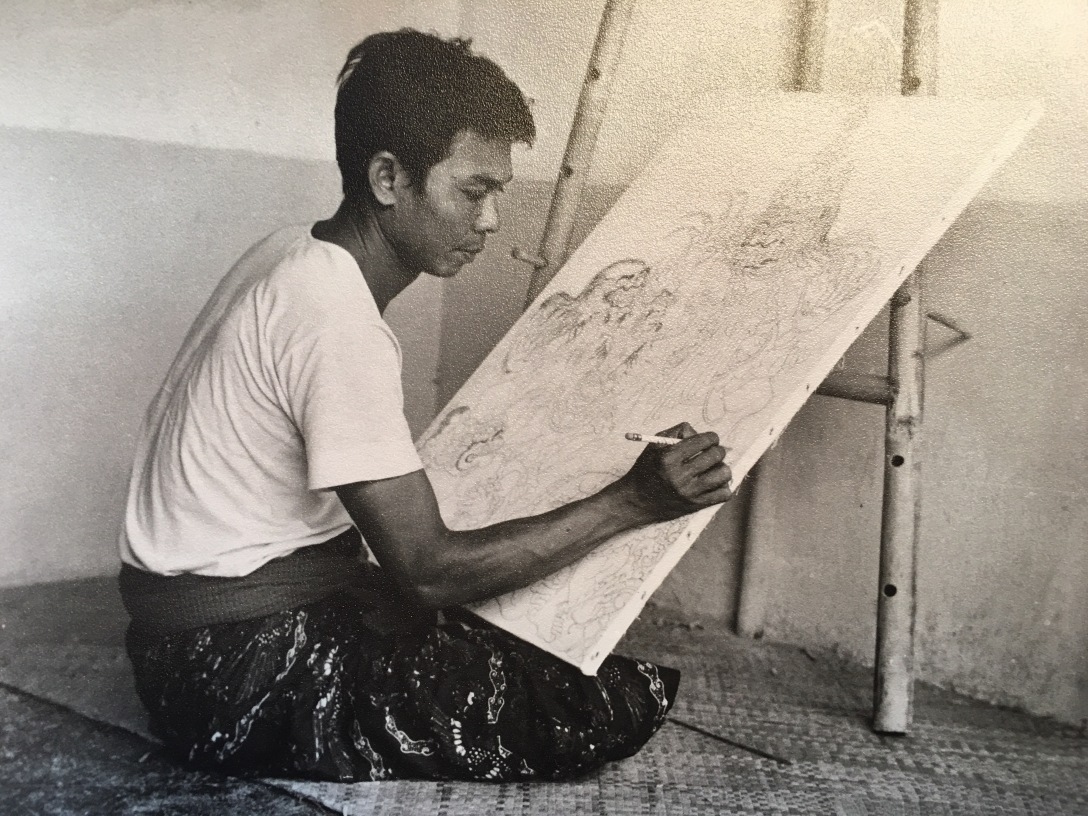 Friends of Ketut Madra from the 1970s recently gathered electronically to share youthful memories of Ketut and the earliest days of this “quiet place to learn about Bali.”

In late 1973, Ketut, after a singularly successful year of sales of his wayang paintings, bought a piece of dry land next to the rice fields in Banjar Kalah, the southernmost part of Peliatan’s built area, and began planning a simple thatched pondok with woven bamboo walls, which he hoped to rent to potential students of Bali. It was the first step in creating what would become the Ketut Madra Homestay.

Construction of the pondok began in December and proceeded quickly. Barbara Miller, who studied wayang painting with Ketut, returned to Peliatan in January 1974 and moved in as soon as it was finished.

The bungalow quickly became a natural part of the landscape, removed from the village but still very close to it. It was never empty for long.

Ian Caldwell, from the UK, a friend of both Barbara Miller and David Irons, came to know Ketut well in 1973. He moved into the pondok for several months soon after Barbara returned to the States. His 1974 photo (right) shows the entrance to the small kitchen and the grass pathway, between the frog pond and small subak stream and the pondok’s western wall that led to the front veranda and entrance.

One design feature of the pondok is barely visible here and in the photo above. Behind the vegetation to the right of the closest corner here, is a two-meter high brick wall that rises to within about a half meter of the lalang roof’s eave. The kamar mandi was thus open to the afternoon sun, and rain would flow off the roof directly onto the small garden area against the brick wall inside. Stepping into the bathroom felt like going outside. Writing after dark, it was not unusual to hear a frog song lifting from among the flowers there, and small wildlife would sometimes flee with the arrival of the kerosene lamp in the evening.

View all posts by dmirons